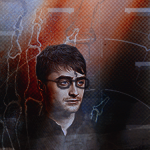 all graphics by E!
Reply

The current default skin and all its images are credit to Eliza Cunningham. The Beginning of the End copyright 2006 - 2022.